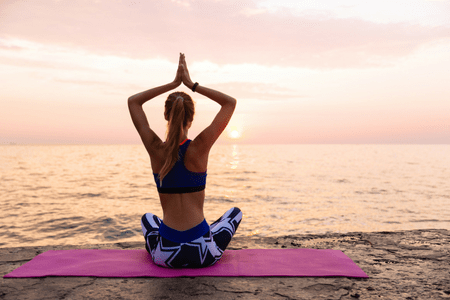 What is Surya namaskar?

Surya namaskar or sun salutation is a type of yoga exercise, which is a sequence of 12 gracefully linked asanas. Surya namaskar is a very ancient method of paying respect and expressing gratitude to the Sun God. The Sun is considered as source of energy and life on the Earth. . As per the ancient saying of yogis, our each part of the body is governed by different and divine devas or lights.

When should you perform Surya namaskar?

How many times to do Surya namaskar in a day?

Surya namaskar when performed properly following it step by step with the controlled breathing can fetch you lots of health benefits. You can do it at your own speed. Different velocity levels helps in different health benefits.

Once you start performing Surya namaskar on regular basis, you will observe some exceptional changes and benefits in your body. The strong and powerful yoga poses and asanas leaves unbelievable effect on your heart, liver, stomach, intestine, throat, chest and legs, basically the whole body right from head to toe is benefited through regular practice of Surya namaskar. On regularly practicing Surya namaskar, the Vata, Pitta and Kapha doshas are also balanced. Surya namaskar helps in enhancing and improving the blood circulation throughout the body. It also helps in proper functioning of bowel movements, stomach and nerve functioning as well.

As a beginner for Surya namaskar, you should always try to listen to your body. Do not try to overdo or over stretch yourself in one go and on the very first day itself. Initially, try to take some help from someone who is already practising Surya namaskar from quite some time. Start with 4 rounds of Surya namaskar exercises, and then gradually keep increasing the number. Surya namaskar starts with a prayer offered to the sun for being the source of energy on the earth. There are 12 mantras for 12 sets of yoga poses.

There 12 mantras for the 12 sets of Surya namaskar poses

As per many yoga experts and yoga guru, the systematic and cyclic movements along with the controlled breathing offers lots of health benefits to the body. It helps in enhancing the mental, physical and spiritual health of a person. It helps in improving the stamina and flexibility of the body.

When surya namaskar is performed at higher pace and speed, it aids in weight loss. It gives you a good cardio vascular workout exercise routine, which will help you in reducing weight. The yoga asanas will help you in stretching the abdominal muscles, which will result in getting rid of the belly fat. There are so many asanas and yoga for weight loss, which when performed along with surya namaskar can give good results. Click here to view Home remedies for Cough and Cold.

Ask your doubts and share your tried and tested remedies in comments section below, we will submit it to our expert panel and publish if found correct and relevant. 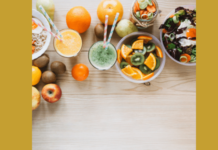 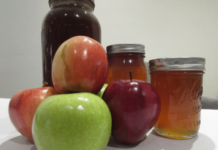 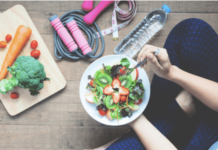 Health Tip of the Day

Not many people know about medicinal properties of Fig. Its dietary fiber helps in digestion and bowel movement. It is a rich source of minerals like magnesium, calcium, potassium and also contains Vitamin B6 and K.

Cranberries and its health benefits

HealthBlush is your health companion guiding you to the path of healthy living by providing information about natural ways of staying healthy.
Contact us: info@healthblush.com

Health benefits of applying oil to the belly button

© PATH TO HEALTHY LIVING by HealthBlush